See the world right from your couch as you travel by motorcycle.

Ewan McGregor and his long time motorcycle riding partner, Charlie Boorman embark on this adventures that may top them all (Long Way Round, Long Way Down) after a 12 year hiatus.  Within months of shooting the series, most of these places will shut-down due to the pandemic so their visit was timed perfectly. Many places they visited are now being affected by the Pandemic. 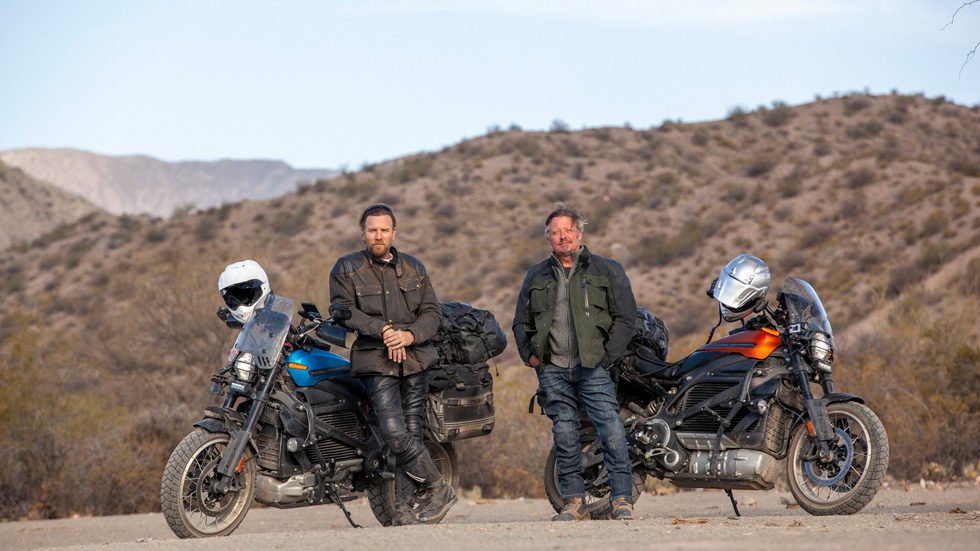 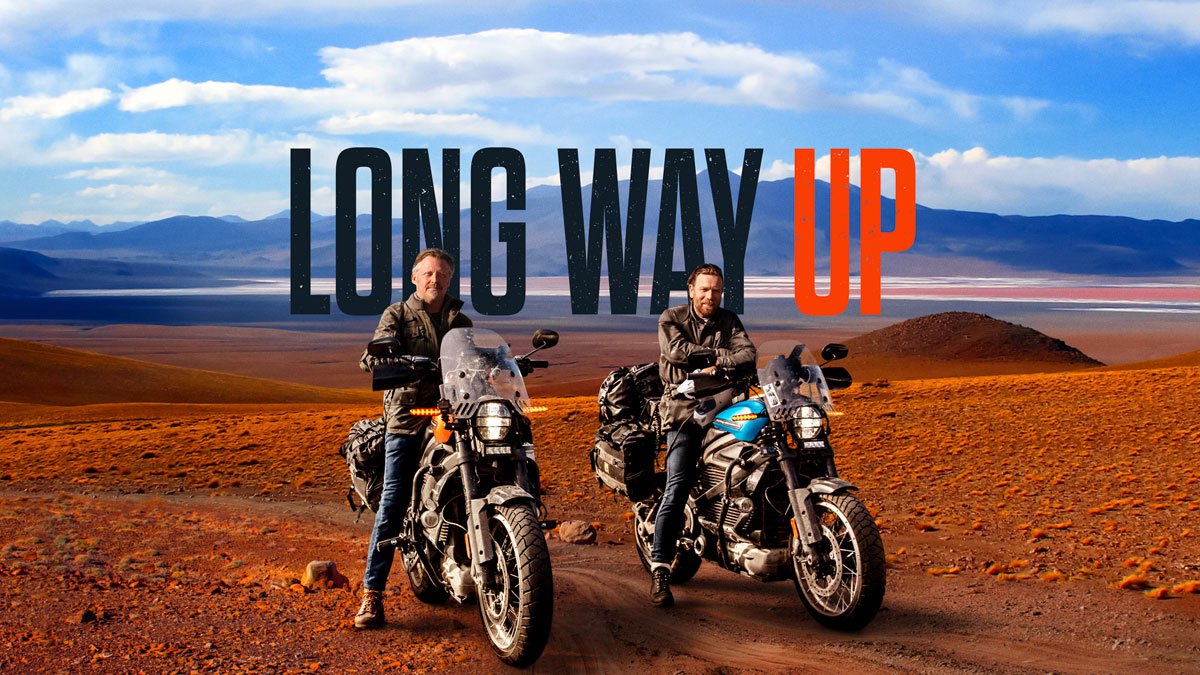 This itinerary takes them on the voyage from the tip of South America through the route that winds up to Los angeles. In many locations there is a UNICEF presence and Ewan was able to focus on these areas that needed support.   Argentina, Chile, Bolivia and Peru begin the journey where they ride hybrid electric motorcycles on a variety of both off-road styles to the well paved highways.  The trip is not only a voyage of two traveling companions but a lesson on our planet with amazing places that are largely unpopulated.  The showcase of   of forests, deserts, mountains, volcanoes, lakes, salt flats and a few major cities overwhelm the viewer just like they do Ewan and Charley as they enter their perimeters.

The entire point of the journey is to test drive their hybrid electric motorcycles called the LIVE WIRE created by that are working versions of a Harley Davidson electric and Road Cycle.  The electric vehicles are also experimental and part of a unique partnership to test their ability to ride along the road with the guys as they explore the ups and downs of electric power across these remote places.  The RIVIAN company also set up charging stations for them and later they figured out a way to charge the motorcycles with the cars.  The engineering department was on speed dial as they crossed the different borders and they test-drove the motorcycles that literally did both highways and off-roading with ease.  The motorcycles performed amazingly well and for the moto-heads out there this is the ultimate road trip.

Travel experience shows are generally a bit stale, but this format has enlivened the genre.  There are some amazing scary moments; you are along for the ride courtesy of the cameras atop the helmets of the riders.  The logistics of a trip like this is not suggested unless you have a bit of bravery,  some handy fame (this helped the crew get into Columbia) and a set of producers to speak the language for you on the ground.  There are many moments when you simply can’t believe what you are seeing; watching a major Hollywood star in these real world circumstances (and his great personality) is part of the fun of the series.  What also comes out between the two long time friends is their shared history on the road that lends a bit of humor, contemplation and insight into what they are seeing both alone and together.  You could call this the great “Middle Aged Coming of Age” Road Trip but that would be putting it into a box it does not deserve.

Some of the highlights of the trip which you can take right from your couch are:

Much of the episodes are also created by an amazing drone cameraman who has photographed much of the series and should receive an EMMY just for his contribution.  Other views you will see from the helmets of the riders and Ewan and his Fellow road travelers are happy to oblige.  With many stops along the way took them to Panama Hat factories, Cacao beans, and other indigenous crafts and specialties  (*the list of charities is yet to be disclosed but all are sponsored by UNICEF and some independent organizations).

LONG WAY UP is currently streaming on APPLE+