My first instinct in going to the Jari-Jari Spa in Kota Kinabalu was to turn back.

I was close to the airport of a provincial Malaysian town on the island of Borneo, walking through a near-empty mall on a Sunday. Not what I expected at all from an award-winning luxury day spa.

Until I pushed the door and walked in. 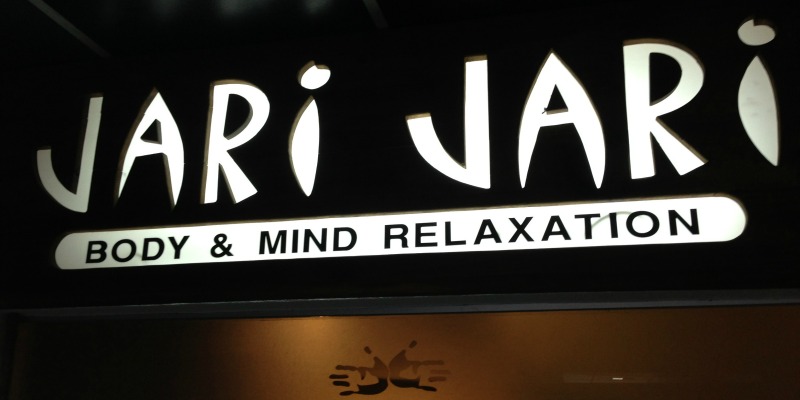 All in quick succession, I experienced this: a pungent lemongrass scent, the taste of hot ginger tea, cinnamon sticks the size of small trees, the sound of water running over stone, smooth hardwood floors, wild plants, lavender and the lush smell of a hundred spices.

Somehow, on the fringes of Kota Kinabalu, I had walked into a tropical paradise. 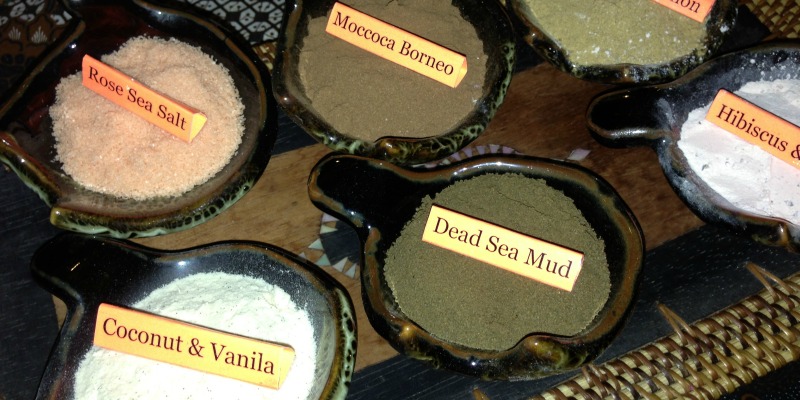 My first contact was a consultation with the manager, Jennifer Tambakan. Jointly we decided I would experience the Dusun Inan, or the Paddy Field Massage: not too strong, not too weak, perfect for someone who has known back problems. The Dusun Inan is used by the Dusun – North Borneo’s largest indigenous tribe – after a hard day in the rice paddies.

It was now time for a foot bath and I was led away by a therapist. In a hot country washing your feet first, especially when wearing sandals, is an important prelude to treatment, and the lushness of a soothing foot massage made me forget I’d ever been on my feet. 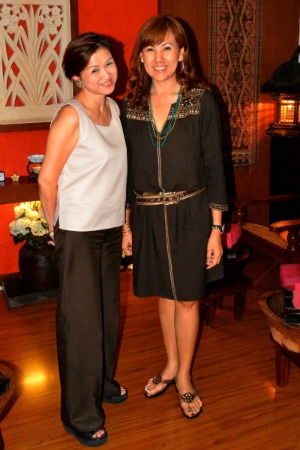 “These Borneo massage treatments have been handed down through generations,” said Jeanette, who co-owns Jari-Jari. “They were often used by women to soothe each other’s sore muscles after a hard day of backbreaking work in the fields.”

In addition to unknotting muscles after a hard day’s work, the Dusun traditionally use massage during and after pregnancy, and as a way to promote health and wellness.

As I stepped into my scented cubicle I was given disposable string underwear, a sarong and a shower cap and was asked to lie face down and place the sarong over my body. It was all very sensitive and discreet, the therapists well-trained to make customers feel relaxed but also to maintain courteous distance.

“All our therapists receive sexual harassment training so they know how to react if a customer thinks this is another kind of massage,” said Jennifer Chan, Jari-Jari’s other owner.

“A big part of the training is draping the customer first so he or she doesn’t feel self-conscious. The end of the massage is also important, where there is a clear disconnect with the customer.” 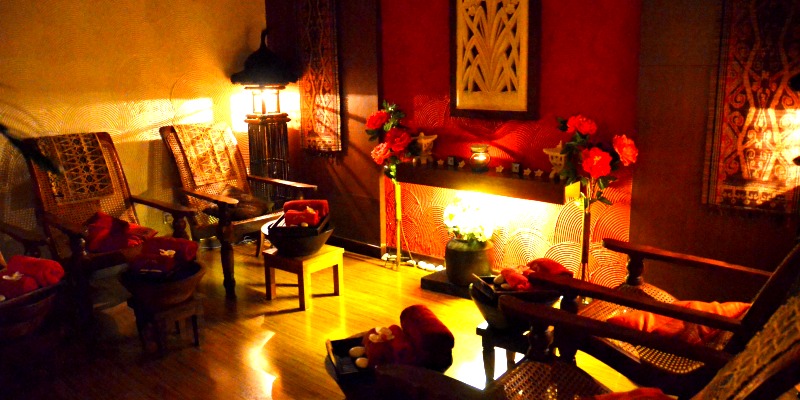 Everything she said was true. A novice or first-time spa-goer would feel perfectly at ease, enveloped in the utmost privacy, as would befit a VIP.

The treatments usually begin with some kind of product, produced from the lands of the Dusun tribe, just north of Kota Kinabalu, the capital of the state of Sabah. This could be ginger or cinnamon or chocolate even.

Pressure is applied through the fingers but even if you have back issues – as I do – you can relax and know you won’t be damaged by the process. Pressure won’t be any stronger than you can handle.

At every stage of the treatment (mine lasted two hours) clean wraps were brought in and gently exchanged for those now soaked by oils and creams. After several rounds of massage, scrub and shower, I emerged incredibly supple and clean and refreshed, despite the heat and humidity of the tropics.

While the Jari-Jari spa is beautiful, restful and truly relaxing, what sets it apart from many other luxurious day spas is its philosophy: by using indigenous products and therapists, the spa makes a contribution to protecting Dusun culture.

“Dusun massage tradition is very old and it’s not in writing anywhere,” said Jennifer, “it’s just part of life.” She herself is a descendant of a Dusun paramount chief and is keen to see her culture protected. As young people move to the cities and old traditions disappear, effort is needed to keep them alive. 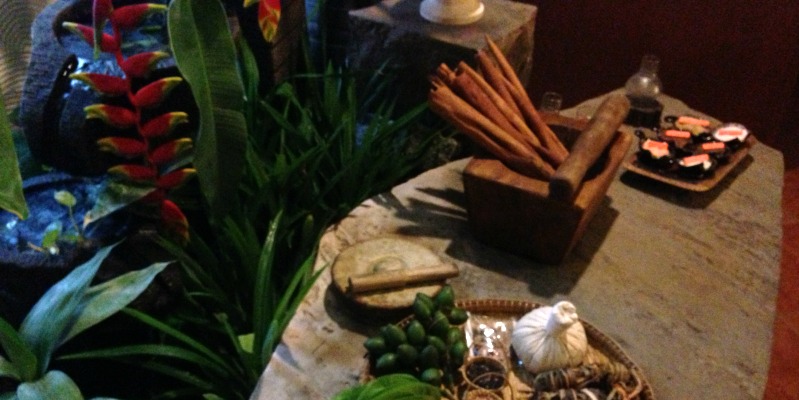 Jari-Jari has created an academy to train future Dusun therapists, filling a need for local staff and simultaneously guaranteeing indigenous knowledge isn’t lost. The training receives grants from the government, which is committed to providing locals with jobs. At present some 6000 foreign massage therapists operate in Malaysia.

My massage session ended with another cup of ginger tea, this time to rehydrate me. As I relaxed even further, the smell of chocolate, cinnamon and lemongrass fought with lavender and lime, an exquisite mixture that made me forget everything else.

I was in a world all my own, one that would only change once I stepped out of Jari-Jari’s doors – into the reality of the cavernous mall.

I was ready for it.

Leyla Giray Alyanak is a former foreign correspondent who blogs at Women on the Road.

Newsletter Receive exclusive specials & savings
+ $25 off your next purchase. It's FREE!